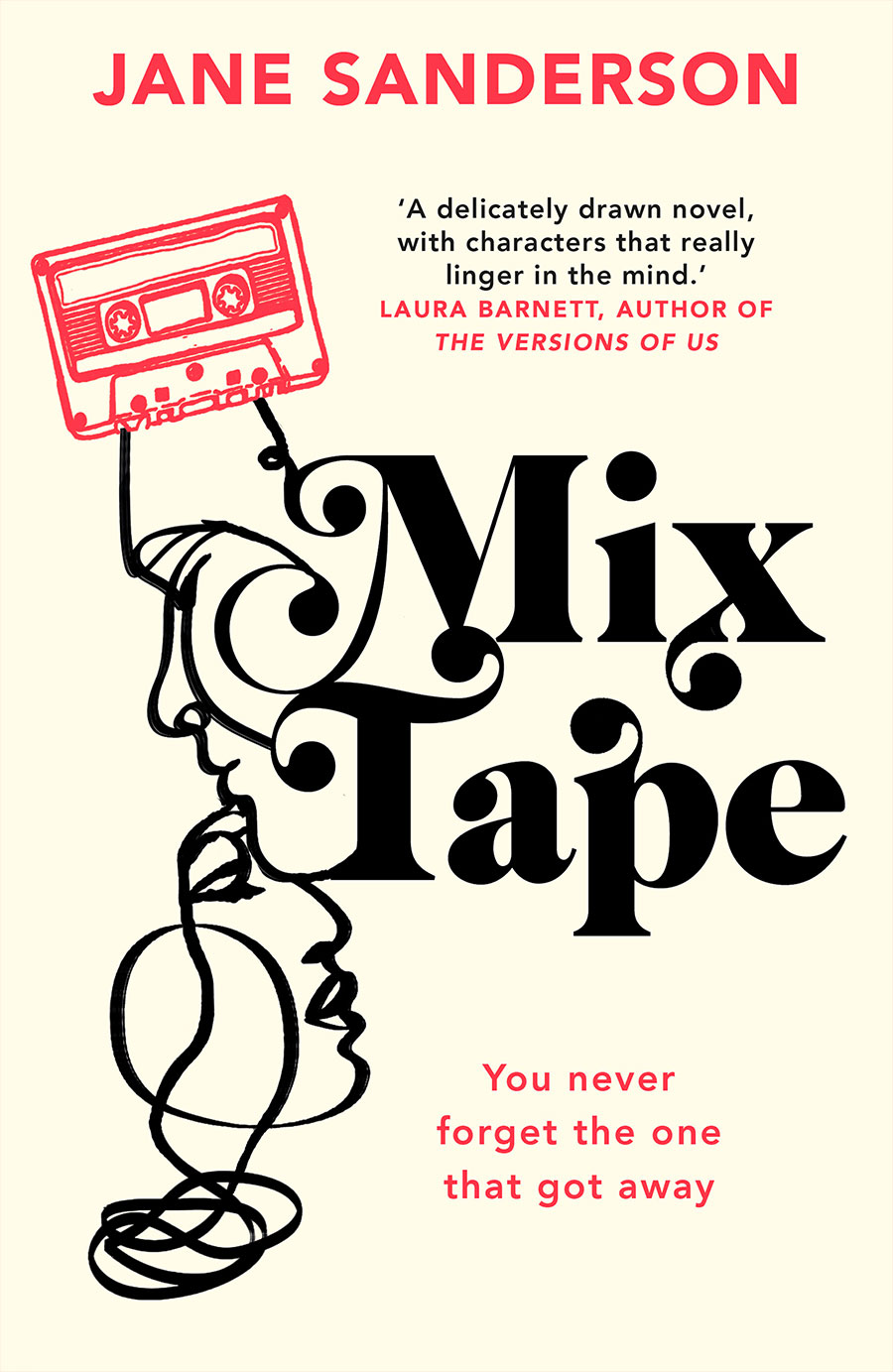 Mix Tape is about love, loss, family, friendship, and the power of music to change your destiny. If that all sounds a bit grandiose – it’s not! It’s a feet-on-the-ground romance, which acknowledges the pain and messiness of love, as well as the transcendent joy of it.

It opens at a party in Sheffield, 1978. Alison and Daniel are 16 and 18, and it’s just the beginning of what, for them, will be a life-defining relationship – except that life has other plans for them. By the summer of 1979, they’ve been wrenched apart, and it’s not until 30 years later that they renew contact, by which time Alison is Ali, a novelist living in Adelaide, and Daniel is Dan, a music writer in Edinburgh. They each have partners, and busy lives, but when Dan sends Ali a song – Pump It Up by Elvis Costello and the Attractions – as a way of saying hi, it immediately transports Ali back in time, to that party in 1978. She pays homage to their past in the same style, and sends him Picture This, by Blondie. And so begins this new and compelling way of communicating, using the language of song to say so much more than a written message could.

What I set out to do in Mix Tape was harness that power of music to speak to the heart. Ali and Dan live 10,000 miles apart, across several time zones; his day is her night. That physical distance, to some extent, gives them licence to swap songs and tell themselves it’s harmless, yet with each one they feel increasingly connected, and increasingly convinced that their first love was, in fact, the love of their life. These are not easy feelings, and if they choose each other, the road is a long and arduous one. And that, in a way, was my aim – to write a love story for our time that’s real and true and difficult, and not a hearts-and-flowers version of reality.

I really hope you enjoy it. When my 87-year-old dad (a Yorkshireman with a preference for non-fiction) read the proof copy, he said, ‘I fell in love with that lass in the first chapter, and after that I only wanted her to be happy.’ I think that, so far, is my favourite review.

And all the time, all the time, all the time.
With Duncan, with Katelin, with anyone, Dan was holding Ali Connor lightly, constantly, in his thoughts, and if this was hypocrisy, it didn’t feel that way, and if it was infidelity, it never seemed wrong. She’d found a way to permeate his mind, so that wherever he was, so was she. He never had to summon her; she was simply there. She formed a whole world in his head, which only he knew existed, and most of it was conjecture, and he didn’t know what any of it signified, but oh God, it was a source of wonder and delight. Nobody needed to demonstrate to Dan the power and punch of a good song, and when he’d sent ‘Pump It Up’ he’d imagined her smiling, and remembering, but only that. Certainly, he hadn’t imagined this . . . what was it? An intimate dialogue in music, an eloquence beyond the written word. It was genius. He should market it, invent an app or something.

He wouldn’t have given Carole King the time of day when he was eighteen. But what a lovely track Ali had sent, what a masterclass in deceptive simplicity; he’d listened to it on the train and been blindsided by the emotional tug of her lyrics on his cynical, heard-it-all heart, because it was Ali Connor, Alison, that long-lost girl, speaking to him through this song, like solace for a pain he hadn’t known he had. Jesus, he’d thought; this was crazy. This was bad. In a good, good way. He’d listened three times to the track, wrung out from it every possible shade and nuance, then responded by sending M. Ward’s cover of ‘Let’s Dance’, for the mesmerising poetry of those reinvented Bowie lyrics and – there was no escaping the truth of this – the stripped-back, aching desire. She was ten thousand miles away; where was the harm?

After he’d sent it, he listened to nothing at all, and found he couldn’t write either, or read. Katelin had rung, and they talked about Christmas, his family, who would sleep where, what they would eat, an easy conversation about the real world. But he wanted to talk to Alison Connor. He wanted his phone to ring again, and it be her.

Reviews
Wendy Holden Daily Mail
This fantastic, moving, beautiful novel about the power of first love comes with a great post-punk soundtrack, a fabulous period northern setting, and bursts of glorious Adelaide sun.
Good Housekeeping
This grown-up love story is gorgeously written and romantic.
Prima
Gorgeous novel about first love
Red
Deftly written romantic novel.
Sunday Mirror
’This tender tale of second chances, in part a love letter to music, is a nostalgic delight … and comes with a fabulous playlist.’
Daily Express
This nostalgic story, which will evoke memories for anyone who ever made a mix tape, is beautifully written and a joy to read.
Daily Mirror
A nostalgic tale of devastating but enduring love.
OK!
A wonderfully musical story about modern relationships and lost loves.
Sunday Express
This beautifully-written novel puts a complex relationship under the microscope. It is first and foremost a tale of love, messy, devastating, soul-saving and ,most of all, enduring. However it also pays homage to the power of music.
Copyright © 2021